Firstly perhaps, a couple of quotes; from the magus of them all Hippocrates who opined “science is the father of knowledge but opinion breeds ignorance” and from the esteemed surgeon Sir Wiliam Osler; “it is much more important to know what sort of patient has a disease than what sort of a disease the patient has.”

For fear of appearing flippant, the challenges faced by a vet in balancing competition with patient care lie largely in communication.  This does not mean singularly that the vet dictates to the owner/carer/trainer/jockey but, as in the trial of Mr C versus Broadmoor which, highlighting autonomy, transformed the face of all medical advice; defining that the owner/carer/trainer/jockey must both understand and comprehend any medical information supplied providing “informed” consent.  Unfortunately, vets have somewhat surrendered this and their Aesculapian authority on the bonfire of their own vanities, removal of previous professional boundaries, and upkeep of finances, and have also been pressurised by the equine owning publics’ cessation of understanding of the origins of husbandry (Rollin 2006) where animals, not only horses, were viewed as greater than that of an object to provide pleasure or work.  Indeed Immanuel Kant pointed out that one of the fundamental dictates of moral law is to treat objects of moral concern as ends in themselves, not merely as a means.  This is an extremely valuable and fundamental point and whilst attitudes are changing, as set in a prescient case in 1979 in New York, Corso v. Crawford Dog and Cat Hospital, in which the judge declared that a “pet occupies a place somewhere between a person and a piece of personal property,” it is in this myriad of competing pressures that we work, and this sorrowfully is before we even consider the horse.  In this capacity we become and largely can only be advisors to the competitor.  Whilst acute and traumatic injury (often related to repetitive failure) is comparatively easy to manage and implement treatment, with owners actually observing clinical improvements, it is here perhaps where we have already failed.  Our primary aim should be in preparatory and prophylactic medicine requiring greater input at all stages of the equine athlete’s life.

The financial and time pressures placed upon however, a competitor or trainer means that such idealism is rarely met or largely ignored, unless the horse has already achieved at an elite level; even to the level where husbandry levels are insufficient (promoting dental disease and lower airway disease for example), and this is conferred to the treating vet who’s role is to return the animal to pre-injury levels of competition with expediency.  At a recent course I attended, a highly respected “racehorse only” vet quoted “our role is not to get the horse better, it is to get the horse back on the track.”  I’m sure he would add several caveats but the implication is inclement and highlighted in Contemporary Issues in Bioethics (Benson and Rollin 2004).  Although the aim is to return the animal “healed” it is very difficult to always provide complete evidence of true healing due to the lack of sensitivity of several routine techniques such as ultrasonography of tendon or ligament tissues and radiography of bone, with emerging techniques such as UTC and higher modality imaging (CT, and to a lesser extent scintigraphy) both providing evidence of true healing and more accurate diagnoses (and hence therapies).  That injuries such as SDFT tears and SI desmitis have a relatively high recurrence rate presently, and that medical issues such as , EIPH and various myopathies and neuropathies still remain as an almost accepted “occupational hazard” of the equine athlete shows just how far we still have to go.

Despite all this our duty of care remains paramount and is defined not only in our Hippocratic Oath, in the Animal Welfare Act 2006 and highlighted, although only with “guidelines” in the Codes of Professional Conduct.  Whilst the aforementioned pressures of finance (from owner and practice ownership), societal distortion of a horse’s role, implications of rest and treatment on short term career results and even on long term career advancement when involved in team sports, impose parameters in which we work and balance care of the individual with achieving competitive status; by careful, sensible and reasonable communication and education of the client, advocacy can be achieved.  The only area of which we cannot balance is that of long-term health of an aged or ageing athlete.  That occupational related disease is expected does little to affirm its acceptance and again the high incidence of for example, metacarpo-phalangeal and sacroiliac osteoarthritis, questions whether our goals are toward short or medium term health stability or to promotion of life long (i.e. 25-30 years) wellness (Dunn et al 2007).

Practical and specific examples of such dilemmas include the use of various joint therapies in an obviously deteriorating joint to allow continuing competition, in the reluctance to adhere to exercise regime for musculoskeletal exercise programmes to achieve a “faster” return to racing, in the cost implications of non-use of supposedly superior therapies such as stem cell treatment for tendon lesions or of medical treatments for common conditions such as gastric ulceration, in the promotion or “benign ignorance” shown when presented with unethical treatments such as pin firing, through to pressure to vaccinate late due to competition rules.  In each situation our role as the animals advocate in awakening moral awareness is key.

The last weekend in January saw over 200 students travel from the UK, Ireland and Europe to the University of Nottingham’s Sutton Bonnington Campus for the third annual Student Equine Veterinary Association’s symposium. BEVA also joined in the fun, with the weekend incorporated lectures, practicals, a trade show and of course a black tie dinner, all organised by a fantastic team from the Nottingham Equine Veterinary Society. 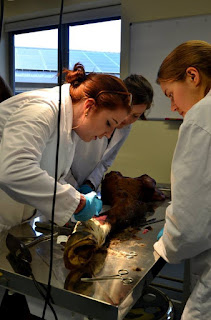 BEVA were well represented at the event with current President Mark Bowen heading some of the practical sessions along with our Senior Vice President Andrew Harrison; current Junior Vice President Jonathan Pycock giving an engaging talk on Reproduction; while this year’s Congress Chair Gayle Hallowell and Hannah Yeates, a member of BEVA Council, also contributing to the weekend’s CPD programme. 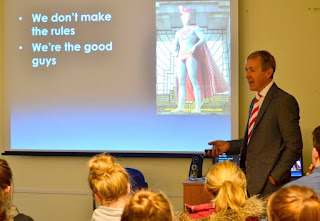 The BEVA Office exhibited at the trade show, with lots of new members recruited and the EVJ Bookshop enjoying a tremendous weekend of sales. Popular books included the Saunders Equine Formulary and our Joint Injection Guide. If you missed out on purchasing any books (We ended up selling out of everything by Sunday lunchtime!) remember you can order and browse here 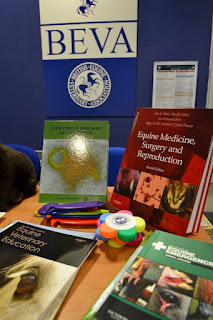 BEVA sponsored two sessions throughout the weekend, Richard Hepburn’s Neurology lecture and a talk from Hannah Yeates on Alternative Careers within the Equine Veterinary Industry, with Hannah even slipping in some photos of Madonna into her presentation! Both sessions were very well received, with Richard showing some brilliant videos which should help aid diagnosis for the attendees in the future and Hannah's presentation delivering options that many did not exist! 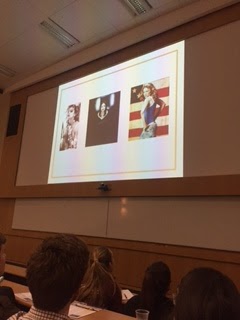 The event also gave the BEVA team lots of inspiration, with the vodka luge high up on our list of things we NEED at the Annual Dinner for Congress! 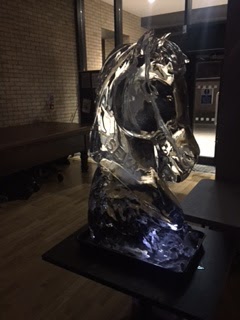 We look forward to travelling to Liverpool for next year's SEVA Conference!

If you have an event you think BEVA may be interested in attending/supporting then please email lara@beva.org.uk
Posted by BEVA at 06:44 No comments: