The problem with Women…

I think I’ve finally figured it out. Why women are always late. Or at least why I’m almost always late or rushing not to be late. It all comes down to the difference between men and women, and how their brains are wired up. This startling revelation (to me at least) has taken me two children, three dogs, one husband and at least twenty years of multi-tasking (albeit badly) to work out.

Take for example one of my super busy, successful parent friends from school. We were all rushing around last week trying to shepherd unruly 5 year olds into their swim class (which involves somehow getting the most awkward plastic bright green swim hats onto them without causing tears) when she realised she didn’t have to rush off as usual to pick one of her three boys up as her husband was (unexpectedly) home early.  She paused for all of 60 seconds before rapidly re-calculating what she could do with the unforeseen “spare” 20 minutes in her day. She worked out that she could either fill the car with fuel or pop into the supermarket on her way home, thus saving a job for the following day and freeing up more time…to fill again. Maybe we need to learn to use “spare” time to catch a breath instead?

Another friend (male this time and a successful business man) agrees that we approach things differently. He is forever telling me to “cut the waffle” – apparently I could say everything I need to in an email in half of the words. So what I perceive as a blunt or impersonal message seems to be viewed as assertive and to the point by the men who receive it. I will admit that this has made me re-think how I approach my emails. Don’t get me wrong, I still write long, chatty messages to my girl friends but my BEVA emails are thankfully getting shorter and more succinct. And I’m trying not to read into the tone of text and emails…it is so much better to pick up the phone than second guess a written (often in haste) message.

The same friend also pointed out another reason for my ever-increasing workload. I’m too impatient. If his wife asks him to do a job, she expects it done in five minutes. If he procrastinates, she gets on and does it herself. How many times have we muttered to ourselves “I would be quicker doing it myself” and then borne a slow burning grudge of resentment? Men are the cleverer (or lazier?) species here…they have worked out if they take 15 minutes to procrastinate then their female partners will probably do it for them by minute 10. I guess this is a little like chess…and I need to learn to delegate and be more patient.

And finally I’m easily distracted. Performance coach Andy McCann presented a really thought-provoking plenary lecture at the VMPA/SPVS congress recently. According to a University of Pennsylvania study, male and female brains are wired differently: male brains are wired front to back with few connections bridging the two hemispheres. Women’s have pathways criss-crossed between left and right. So whilst men are better at learning and performing a single task, women are equipped for multi-tasking. But I’m sure it’s only multi-tasking when you are actually performing each task efficiently. I may think I’m multi-tasking listening to a podcast whilst typing an email and eating lunch but I’m sure I’m not doing any efficiently. Perhaps I need to think more like a man and focus on one job at a time. And then I might actually listen to what my husband and dad say?!

“Rocks, Pebbles and Sand – The important things in life”…

A philosophy professor stood before his class with some items on the table in front of him. When the class began, wordlessly he picked up a very large and empty mayonnaise jar and proceeded to fill it with rocks, about 2 inches in diameter.

He then asked the students if the jar was full. They agreed that it was.

So the professor then picked up a box of pebbles and poured them into the jar. He shook the jar lightly. The pebbles, of course, rolled into the open areas between the rocks.

He then asked the students again if the jar was full. They agreed it was.

The professor picked up a box of sand and poured it into the jar. Of course, the sand filled up everything else.

He then asked once more if the jar was full. The students responded with a unanimous “Yes.”

“Now,” said the professor, “I want you to recognize that this jar represents your life. The rocks are the important things – your family, your partner, your health, and your children – things that if everything else was lost and only they remained, your life would still be full.

The pebbles are the other things that matter – like your job, your house, your car.
The sand is everything else. The small stuff.”

“If you put the sand into the jar first,” he continued “there is no room for the pebbles or the rocks. The same goes for your life.

So if we multi-task and fill every minute trying to get “stuff done” we may miss the important things in life. As my Dad keeps reminding me “Never get so busy making a living that you forget to make a life”….or the rather priceless “you must find time to sit on you’re a*^e and contemplate”. 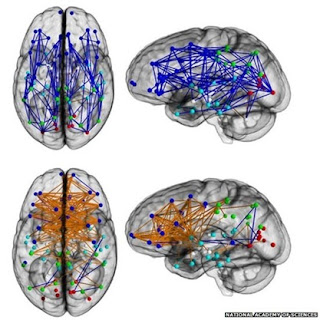